Mutate is a small startup based in Stockholm, Sweden with a growing remote team. They’re developing a social gaming and game-creation platform where anybody can make or play games with their friends, aimed at late teens and young adults! Accessibility and inclusiveness are a core part of our product, and their vision is that anyone can be a creator.

Mutate is looking for a DevOps Engineer to join their Backend Team. As DevOps Engineer you will own and advise the team in DevOps needs. The backend team has an awesome tech stack using Java, Spring Boot, Python, Docker, AWS, React in Frontend, and the Game engine is written in C++.

As a DevOps Engineer at Mutate, you will work with infrastructure as a Code and be responsible for performing best practices related to continuously deploying as scaling, and optimizing the system, and operating code in AWS. To this, you will have responsibility and focus on CI/CD, reporting, and operations. You will have a more architectural perspective on deployment and operations, and put in place performance improvements.

The areas of responsibility include

”A creator is just a player with an idea”

To succeed in this role, We think you have done large-scale deployment in AWS and we see that you have solid experience in AWS operation, scaling systems, and scaling deployments using docker. It’s a plus if you have experience building a smooth DevOps process in growing organizations, while continuously shipping code into production.

We think you have

Mutate is creating the future of social game-play and creation. Humans are creative by nature. Social media platforms with UGC (User-generated content) at their core are being used by more than 3.6B people. Yet the gaming industry hasn’t taken advantage of this opportunity. Creating games today is simply too hard. Still, some of the best games have been created by players in the modding community. Mutate is taking advantage of this by building a platform where game creation is both simple and collaborative. A place where anyone can create, play and have fun

At Mutate there is a strong belief that in order to create something extraordinary the team has to truly love what they are doing and how it is done. To achieve this they strive for: 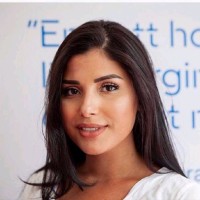